Press enter to begin your search

Carpcraft has been developed by a small team of 3 game developers in Fleetwood Lancashire. We’re passionate about fishing and making fun free to play games. Carp craft has been in development for just over 12 months and has been a labour of love by the team.

How long have you been a carp angler?

I’ve been an angler for just over 15 Years, I absolutely live and breath fishing.

What is the biggest carp you have ever caught?

How did you get into game development?

I started at ZX to help run one of our other games Tycoon Market which is a free to play facebook game. I’ve always wanted to be able to play a fishing game whilst fishing as other apps always seem to be factually incorrect, you’d never catch a 6oz roach on a 18mm boilie in our game it’s all about the tactical side of carp fishing and this is as realistic as it gets. I suppose I’m getting to make a game about something I love and with the help of Sam & John we have made the game that we want to play. We hope you like what we’ve come up with.

Which part of carpcraft is your favourite?

Hunting for the named fish – and thrill of getting a screaming run on your phone.

Why would you recommend the game to other carp anglers like yourself?

A great realistic fun game to play, gives you the buzz of carp fishing without being on the bank. 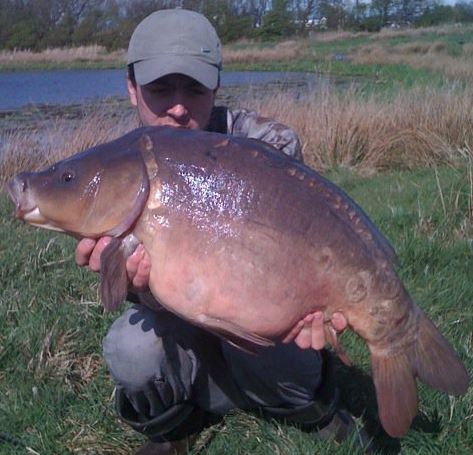 What’s your role in the games development?

I am the programmer of the game, I make all things in the game move and work, without me it would just be a load of images, i’ve been working with tom and john to make a true-to-life fishing simulator, using different aspects like weather, time of day, wind direction, tackle, bait size, hook size, depth, and ground texture!

How long has the game taken to develop?

Carpcraft has been in development for over a year and started as a simple grid based teletext style point and click mobile game. 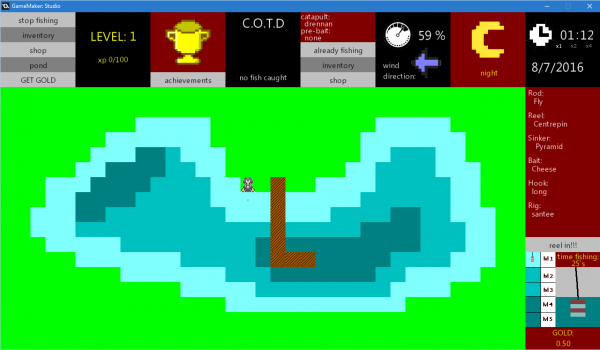 What’s your favourite part of the game (that you’re most proud of)?

personally my favourite part of the game is watching other people play it, or reading they’re comments on how much they enjoy playing it, if I was to pick my favourite part, it would be the fish reveal after you have reeled it in, very suspenseful

Have you ever been fishing?

I have been fishing only once when I was about 8 on holiday, I used a rod and bait I got from the local fishing shop, I did not catch a single fish, there was some local kids not far from me using bread and string catching one after another after another, it was then that I decided fishing was not for me.

Has the game make you want to take fishing in real life?

In a way yes it does, I don’t think I would want to risk catching an eel though.

What are you looking forward to adding in future updates? 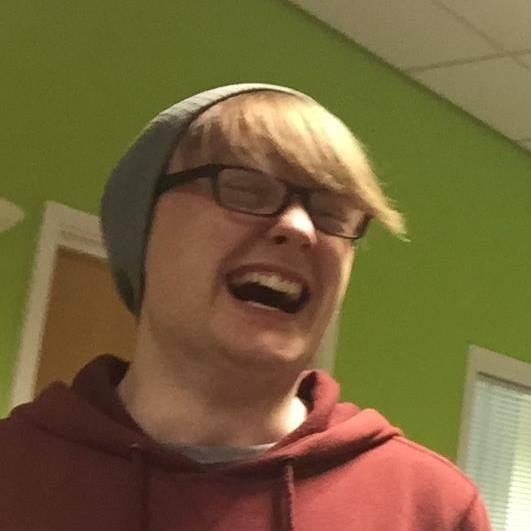 What’s your role in the games development?

What made you choose the isometric style of the game?

I’ve played lots of fishing games over the years most of which have been terrible. I couldn’t remember playing an isometric one so I suppose it was to make it stand out and attract new players who may have never been fishing at all.

Do you think that making the game 2d instead of 3d takes anything away from it?

No, if anything in my opinion it makes for a better experience your brain fills in the gaps and you can concentrate on the tactical side of the game. We are a small team and to aim for realistic AAA graphics would have meant the game take much longer to develop. I’ve tried to evoke a time when games were simpler. Our game is free to play, you can make purchases which is how we will fund the game and its future development but we’ve tried to make this as unobtrusive as possible for players who are happy to fish for free.

What’s your favourite part of the game (that you’re most proud of)?

I’m most proud of the real time element I love the fact that to catch certain fish you have to fish during the night, I can’t think of any other game that does this and I think it adds to the realism, you’re not guaranteed to catch and you won’t catch a fish every cast (if your impatient like me

Have you ever been fishing?

For me fishing was all about spending time with my dad when I was a kid. I’ve tried to create a peaceful relaxing vibe whilst making the actual landing of a fish give you that same buzz you get fishing for real.

Does the game make you want to go fishing?

Yes me and my Dad are gonna take my kids in a few weeks, I’ve never caught a carp so I’m hoping with what i’ve learnt in the game will stand me in good stead. 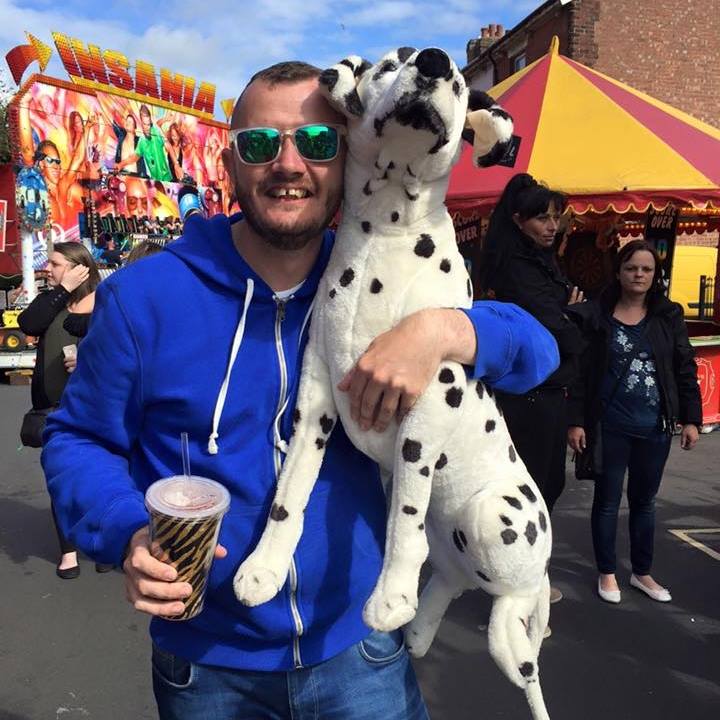